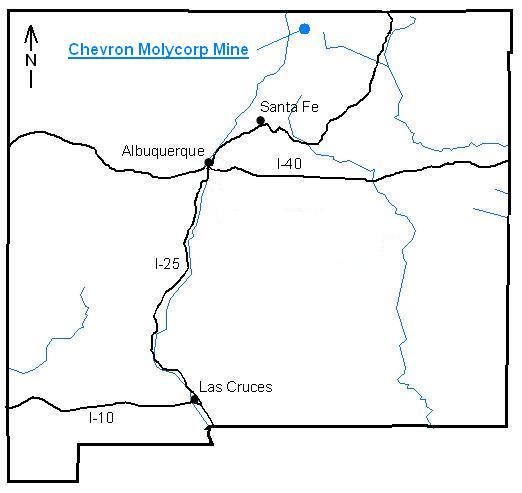 The Trustees and Chevron Mining Inc. reached a $4 million settlement to restore groundwater and habitat natural resources that were injured as a result of releases of hazardous substances from the Site. The consent decree outlining the settlement was approved by the U.S. District Court for the District of New Mexico on September 30, 2015. The settlement includes the transfer of 225 acres of land called the Anderson Ranch to the Bureau of Land Management for conservation and natural resource protection, and also includes the reimbursement of the Trustees’ assessment costs.

In May of 2018, Trustees for the Site natural resource damage settlement released the final Restoration Plan and Environmental Assessment (“final RP/EA”) for the Chevron Mining Inc., Questa Mine (“Site”).

In May of 2018, Trustees for the Site natural resource damage settlement released the final Restoration Plan and Environmental Assessment (“final RP/EA”) for the Chevron Mining Inc., Questa Mine (“Site”).
Five restoration projects have been selected for implementation and are currently in the agreement negotiation phase with project proponents and contractors. It is anticipated that the projects will start by the spring of 2019.  The projects are described below:

This project will be along several miles of the Red River in the Village of Questa and includes riparian habitat restoration efforts to restore the natural dimension, pattern, and profile of the river to promote highly functioning aquatic/riparian habitat areas. Restoration activities will include construction of submerged bars and several types of woody debris structures to promote healthy stream flow patterns. Adjacent riparian habitat areas would be improved with plantings to help reduce erosion, enhance biodiversity, and coincide with shallow wetland features in the river’s floodplain. Restoration activities will concentrate in poor and fair sections of the river. ONRT has contracted with NMED to help facilitate the technical aspects of the project. Currently the Village of Questa and their contractor are conducting the necessary river assessments, firming up the design, and acquiring the necessary permits before the construction of the project. The Village will secure landowner agreements prior to working on private properties.

The goal of this project was to restore aquatic habitat for the benefit of riparian natural resources (e.g., trout and other wildlife) by improving the impaired river morphology on an approximately 450-foot portion of the Red River to a more natural state. However, since the time the project was proposed in 2016, natural flooding events have changed the morphology in this portion of the river to the point where restoration activities are no longer deemed necessary per our riparian habitat experts. This portion of the Red River is now considered a functioning stream no longer in need of restoration work. Funds that were reserved for the implementation of this project have now been re-directed to expand the scope of work of the Midnight Meadows project described below.

This project will restore the hydrology (including water-holding capacity), the vegetative structure, and the ecological resilience to a portion of the Midnight Meadows wetland fen. Specifically, the project would repair and/or install four riparian wetland exclosures to limit the impacts of livestock grazing and vehicles, protecting nearly one stream mile of Bitter Creek in the Carson National Forest; would install erosion control structures (rock dams, Zuni bowls, large-scale plug and pond features) in the Bitter Creek and Cabresto Creek headwaters; and would address priority restoration work on 9 hectares of wetland.  A contract with the project proponent was finalized in August 2020. Restoration activities are anticipated to start the summer/fall of 2021.

This project will include extending the municipal sewer service in the Village of Questa to protect groundwater and surface water resources. The project will extend sewer main collector lines and individual service lines to 80 households that currently operate on private septic systems, extend service to a new business park, and replace aging and defective pipes, including sewer lines to three homes. Replacing septic systems, which require regular maintenance and can often leak pollutants, will reduce the risk of sewer line failures and in turn the risk of contaminating natural resources. The Village of Questa is currently in the process of sececting an engineering firm for engineering design and construction oversight services. 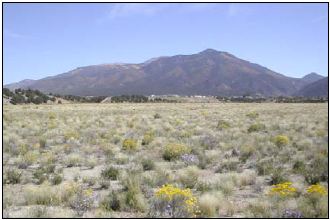