Sparton Technology, Inc., produced electronic components at this site between 1961 and 1994. Releases of substances such as acetone, Methylene chloride, and trichloroethylene resulted in contaminated groundwater. The New Mexico Environment Department and the U.S. Environmental Protection Agency are overseeing groundwater cleanup at the site. On March 3, 2000, a $1 million settlement was reached for the State’s natural resource damages claim, providing funds for restoration.

The Sparton Technology Site is a 12-acre parcel of land on Coors Road on the northwest side of Albuquerque.

ONRT, in partnership with the Mid-Region Council of Governments, removed salt cedar and other non-native phreatophyte (high-water-use) plants from the middle Rio Grande Bosque. Studies show that restoration of one acre of bosque could save as much as 326,000 gallons of groundwater annually. Non-native plants were removed from more than 500 acres of bosque in Bernalillo, Sandoval, and Valencia counties. For additional information on this project see the Groundwater Restoration Plan for the Middle Rio Grande Region, Sparton Technology Settlement Funds. Phreatophyte removal includes the following benefits: 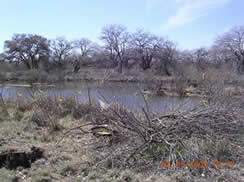 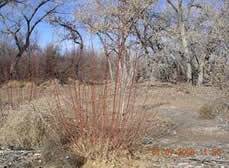 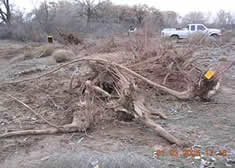 ONRT worked with communities in the middle Rio Grande basin to develop water saving conservation measures.  Each community’s unique water use was assessed and a conservation plan tailored to its specific needs was developed and implemented. The goal is to achieve a reduction in community water use over the long term.  As a result of this project, three municipalities, Belen, Los Lunas, and Bosque Farms, have adopted water emergency plans to reduce water use in a water emergency.  They have also adopted water waste laws to reduce regular, daily water use. See the Restoration Plan for Sparton Technology Settlement Funds for additional information on this project. 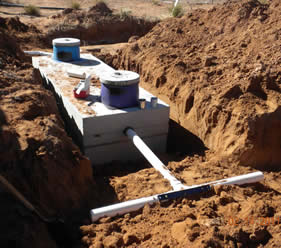 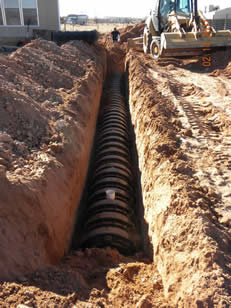 ONRT provided $232,000 for the implementation of this project which included funding for NMED Environmental Health Division’s oversight of the following actions:

Upon completion of the project in 2013, a total of 25 household upgrades were done: 23 residences received new conventional on-site septic systems replacements (septic tanks and drain fields) and 2 residences were connected to nearby municipal sewer lines. In the process, 14 substandard septic tanks and 16 cesspools were properly emptied and abandoned from 24 residences; 1 residence had no disposal system at all.